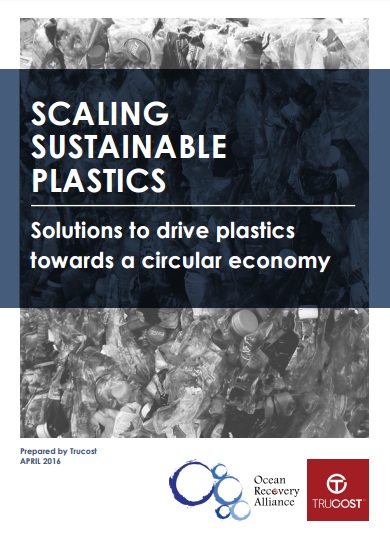 Trucost has issued a release about their Net Benefit Analysis research on scaling up sustainable plastic for environmental savings of up $3.5 billion for just two industry sectors. The report recommends valuing net benefits of scaling up of current recycling policies by companies and governments, as the positive externalities created by making long-term sustainability decisions can bring a large impact to the communities that are served by such decisions.

Approximately 8% of current fossil fuel dependency is attributed to plastic production, much of which is used once and thrown away. The environmental cost to society of plastic use by the consumer goods sector alone is estimated at $75 billion, including climate change impacts and environmental damage which include fresh water and ocean pollution.

The report has made a strong case for valuing the Net Benefit of using new materials, reducing packaging waste, increasing recycled content, and other sustainability decisions which often get denied simply because of initial, short-term cost concerns. Such decisions can have powerful, long-term cost, efficiency and brand benefit. The report was announced at the Plasticity Forum in Shanghai on the net benefits that Dell and Algix are bringing to the broader economy, and was initiated in cooperation with Ocean Recovery Alliance.