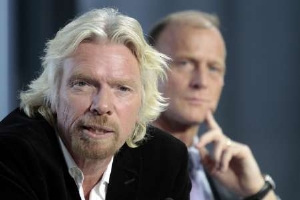 If we don’t do something now, whales, dolphins, sharks and coral reefs will become the stuff of history lessons for our children’s children.

The oceans are our planet’s new frontier, a huge area only partly explored and little regulated, where both outlaws and law-abiding citizens are legally plundering the planet’s resources. While 15% to 20% of the earth’s land area is designated as "protected," with status as national parks or conservation areas, less than 1% of the world’s oceans — which cover 70% of the surface — enjoy the same protections. This needs to change fast, because our oceans are dying.........

Over time, the millions of tons of discarded plastic that get dumped in our oceans is broken down by wave action and sunlight to form what becomes a plankton-like plastic soup that fish mistake for food. The fish eat the plastic and, if they survive that, in some instances we eat the fish.............

To attack this problem, Doug Woodring, a Hong Kong resident, has followed up on the successful Carbon Disclosure Project, which now boasts more than 3,000 corporate participants, by launching the Plastic Disclosure Project, with the objective of driving greater corporate, community and individual accountability in the manufacture, use and disposal of plastics.