We are super excited to have had "Angkor Roo" performed by Bambu Stage from Siem Reap in Cambodia, at the 9th annual UN Habitat event for Sustainable Cities in Kuala Lumpur, Malaysia in February, thanks to support from Lush Hong Kong.  This puppet theater performance is a version of our "Uncle Roo - The Recycling Rooster" play, modified for local Cambodian needs, culture and stories, related to driving awareness and engagement on recycling and waste reduction.  The performance was seen by representatives from around the world, many of whom want to create a version of the play/performance for their own countries, which is just what we want, so that we can all spread the word on this topic through our youth, theater, the arts, and creativity. 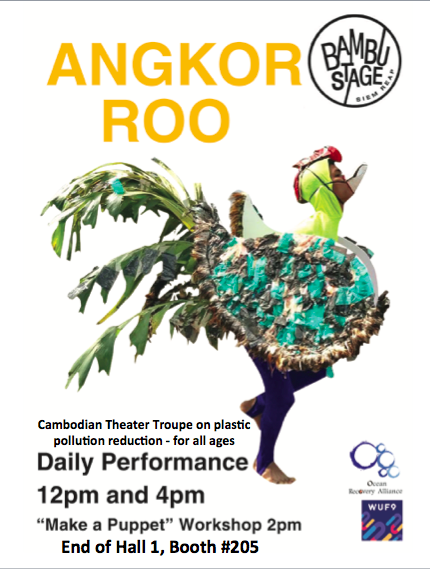 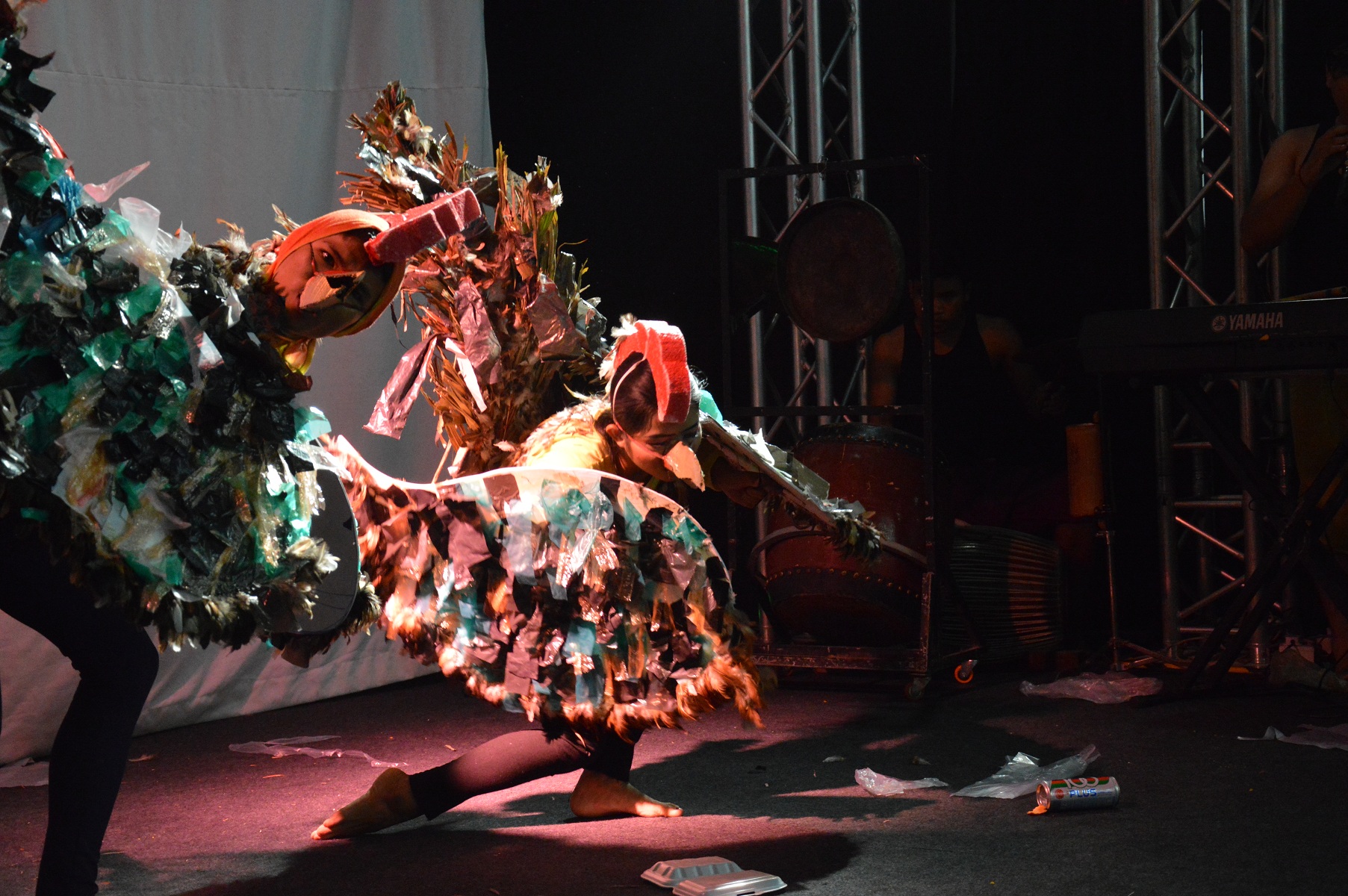 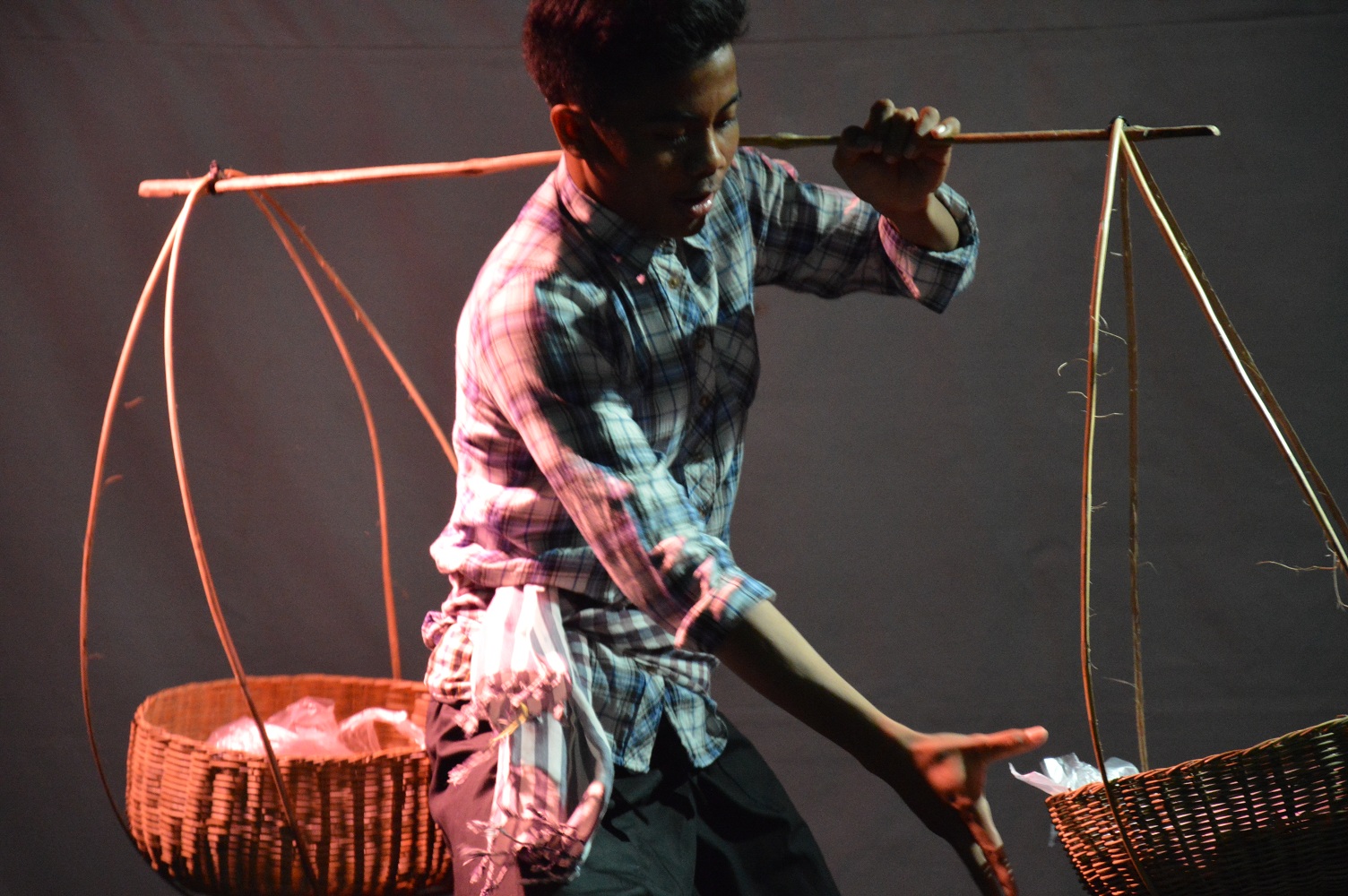 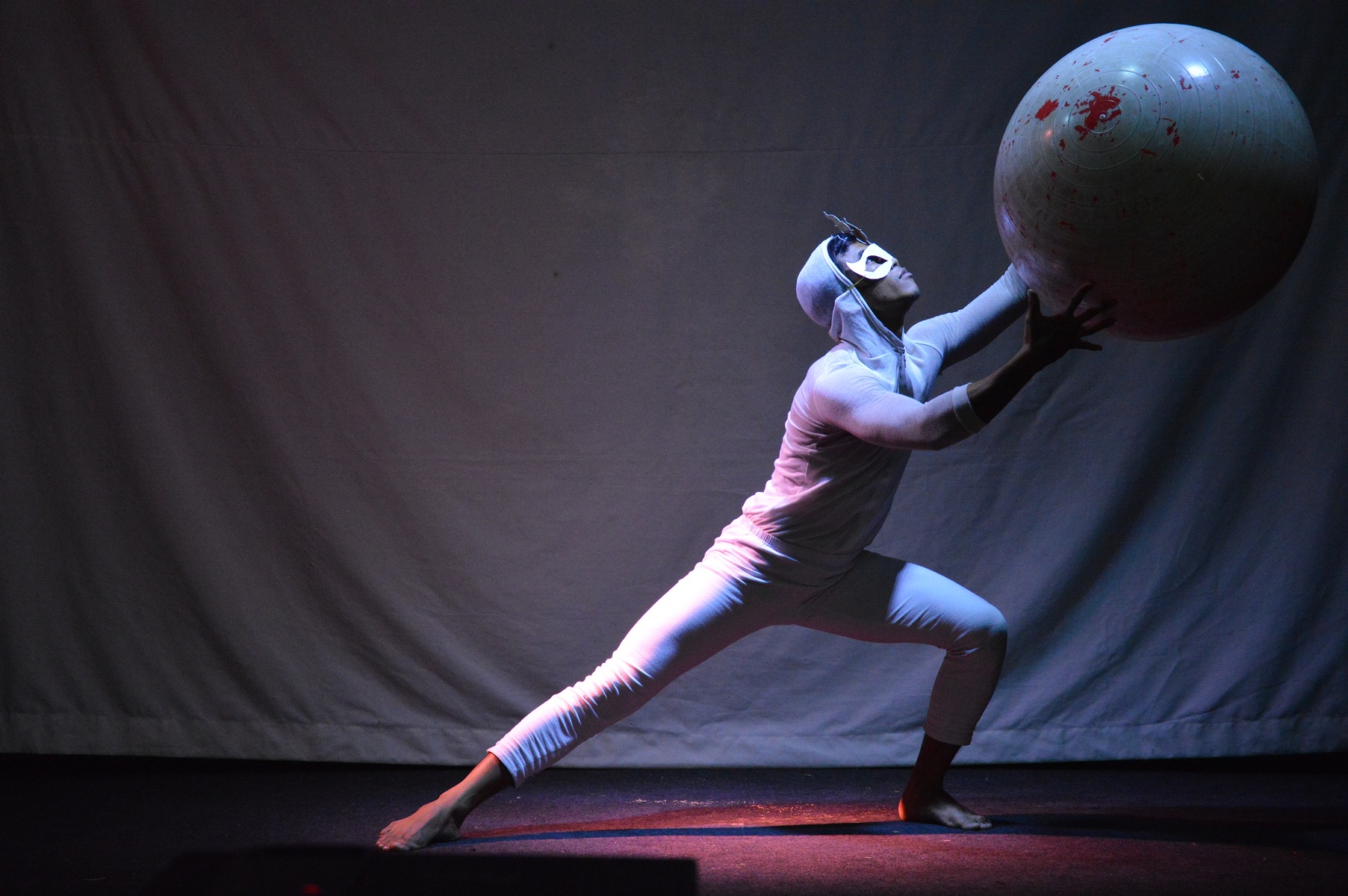 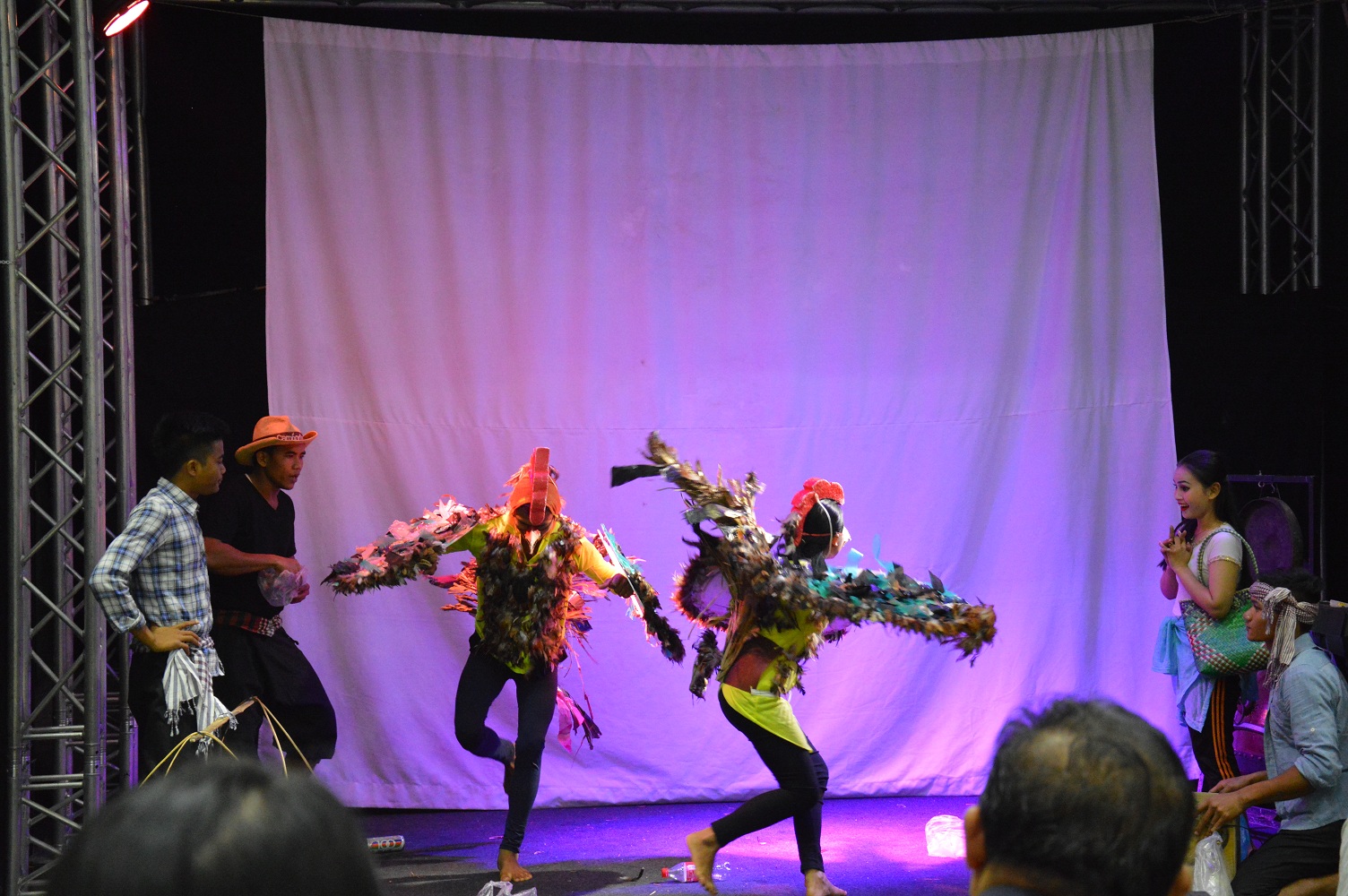 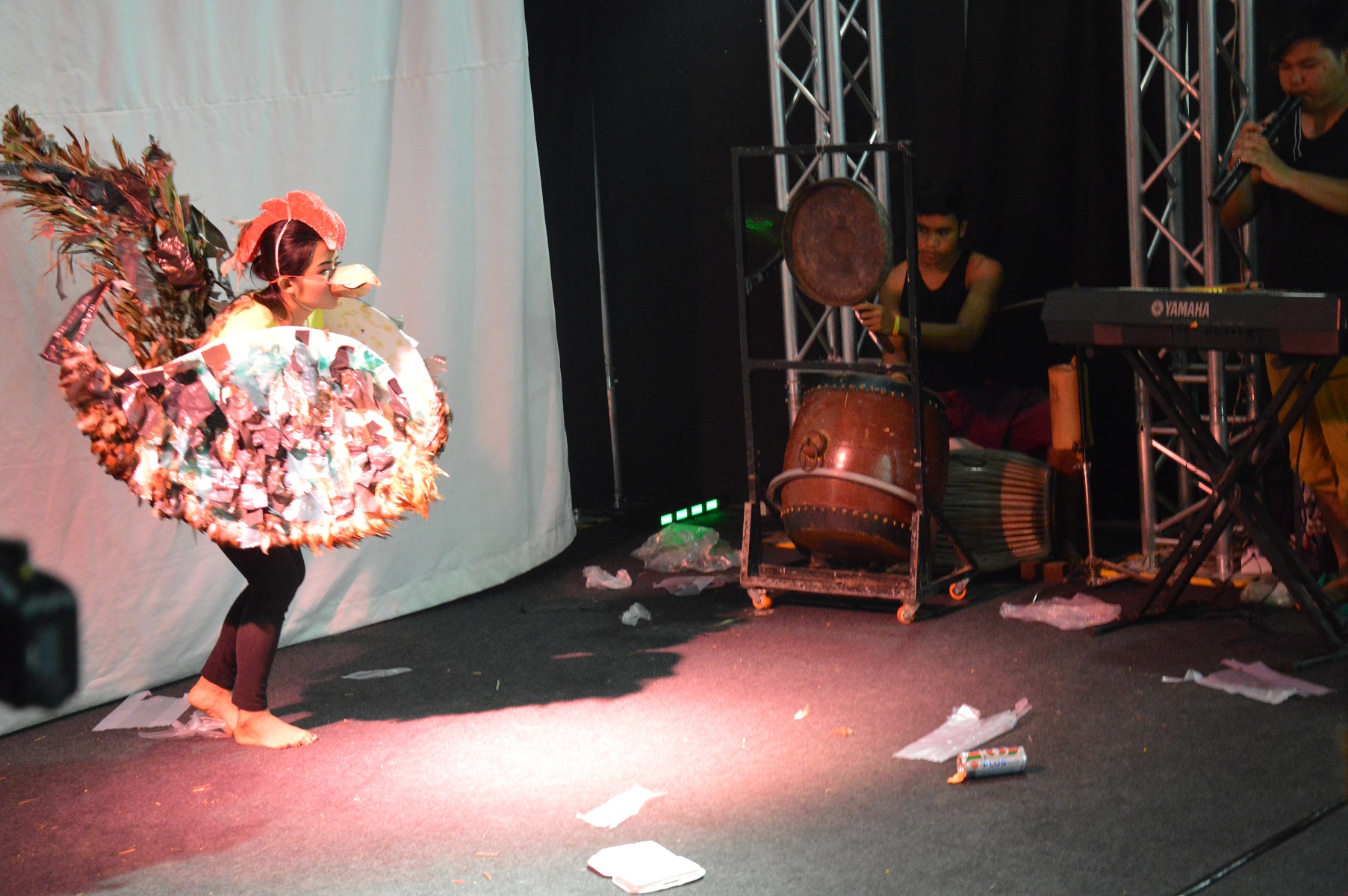 Full Performance of "ANGKOR ROO" at the UN Habitat in Kuala Lumpur, Malaysia

We want to have as many youth groups around the world perform the "Uncle Roo - Recycling Rooster" play or puppet show (we don't mind how you perform it, or with how many people, as long as you get the main points of recycling/waste management across, and use the inspiration and tool of "Eco-Repetition").  YOUR DONATION can support new performances around the world by helping with costumes and local travel for the show to be performed in other villages, towns or schools in the community. Once this is performed, we want to have a video of it so we can post that on our Uncle Roo Youtube Channel for others to see and learn from.

You can now also read or listen to a new Uncle Roo audio book for children of ages roughly 3-6 years old.  This is in English, but will be in other languages shortly, thanks to the world of Unite for Literacy. 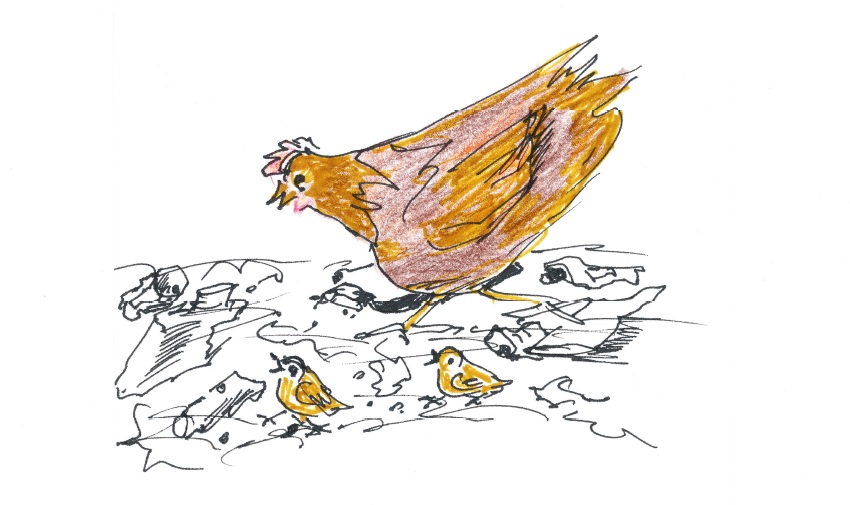 “Uncle Roo - the Recycling Rooster” is a puppet show or play which can be adopted by any community, anywhere in the world, as a story to help teach, educate, inspire, and empower the youth of our world to understand the importance of recycling and proper waste management.  This play is critically powerful when using and promoting the character of Uncle Roo, because the play/ show turns into reality the next day for the children, when the rooster(s) in the community wakes up in the morning and crows to the community.  This real-life reminder, is called "Eco-Repetition," and “Recycling Roo” is the first play/show in the world to activate this incredibly important, natural tool, for the benefit of our communities. So, when played out, Uncle Roo needs to be the  Hero, loud and clear, and someone that the children greatly respect.  If done correctly, the roosters in your community will help you do the reminding, every single day. It is up to the adults in the community to fulfill the needs, curiosity and interests of the youth, to follow Uncle Roo’s messages of undertaking proper recycling and waste management in your village or neighborhood.

Uncle Roo is already in Chinese, Japanese, Spanish and a Filipino language, and soon to be French.  If you want to help us to translate to more languages, we would greatly appreciate it!  You can download the scripts below. 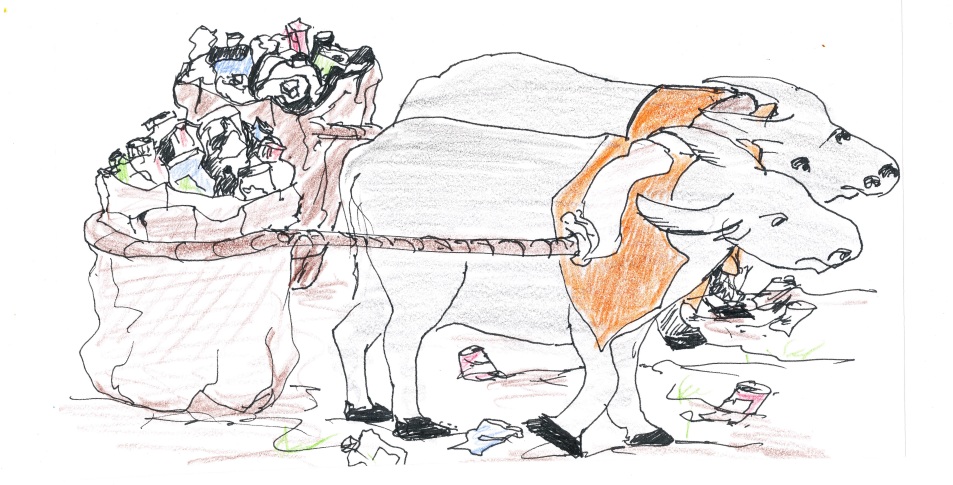