June, 2011  -  With support from the Wallem Group and Anglo Eastern, the Ocean Recovery Alliance installed a state of the art towed hydrophone array for cetacean acoustic studies of the Chinese White Dolphins (also referred to as Pink Dolphins) by the Hong Kong Dolphin Conservation Society (HKDCS).  The objective with this project is to increase long-term awareness of the White Dolphins by dolphin watchers who will now be able to listen, live, to the underwater communications made by the dolphins while on board the dolphin watch vessel.  The state of the art design of this acoustic equipment makes it also an asset for scientific research, not only for the White Dolphins, but also possibly the finless porpoises in the area. 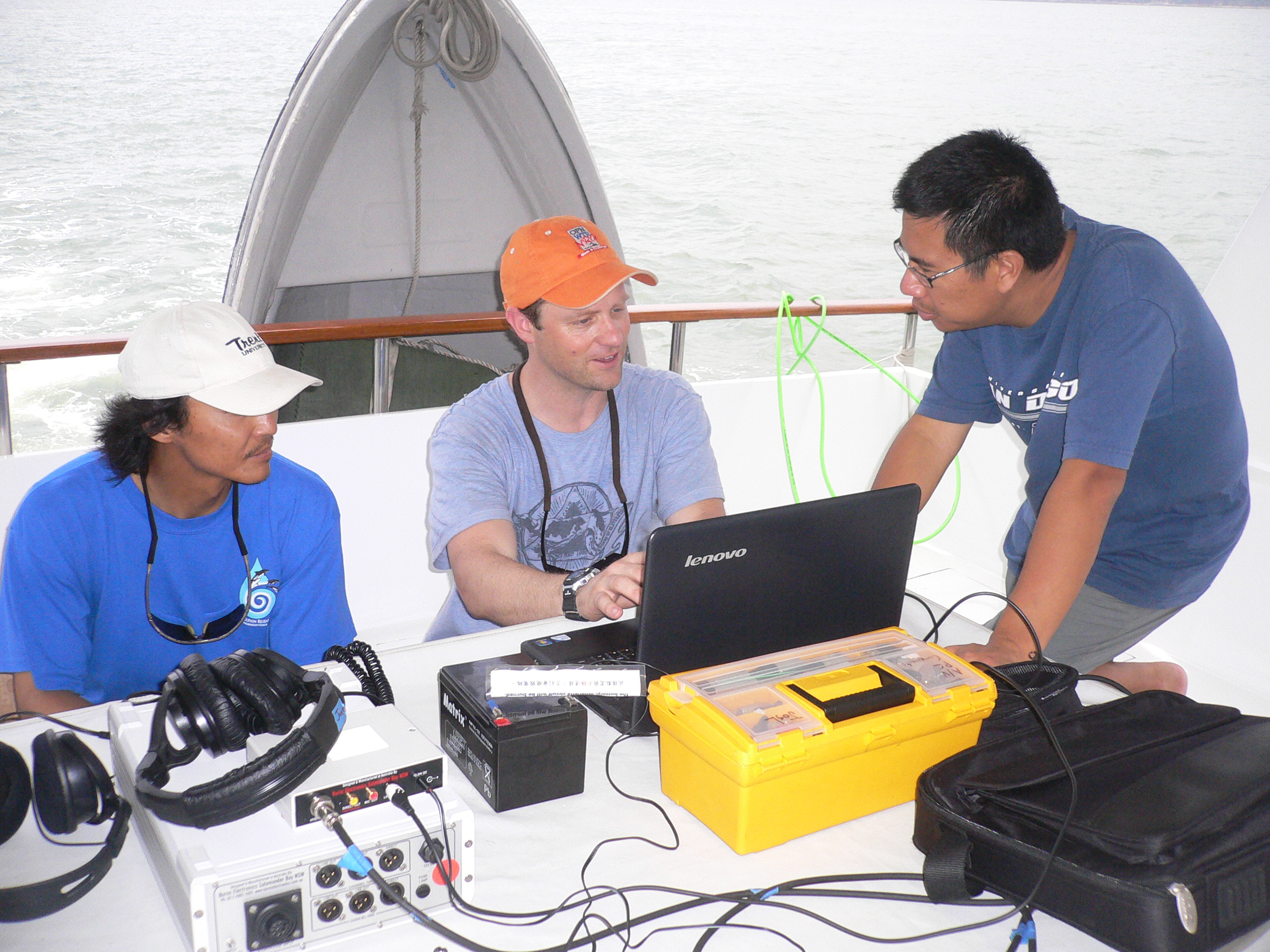 This project will enhance the overall capability of the current acoustic data collection regime on local dolphins and porpoises.  The hydrophone array is in an oil-filled tube that houses two Burns Electronic CR-80 hydrophones with high-pass filters.  It is connected to 50 meters of reinforced cable and is plugged into an amplifier/filter box onboard the HKCRP research vessel.  The filters aim to remove ship and flow noise for real-time listening and to facilitate automated detection of clicks and whistles produced by the Chinese white dolphins (and possibly finless porpoises).  The system is connected to a laptop with computer programs (Logger 2000, Rainbow Click, and Whistle Detector developed by Doug Gillespie for IFAW,  and Ishmael 1.0 developed by Dave Mellinger of NOAA) that can display a real-time spectrogram of the signal and also perform automated detection and localization of clicks and whistles. 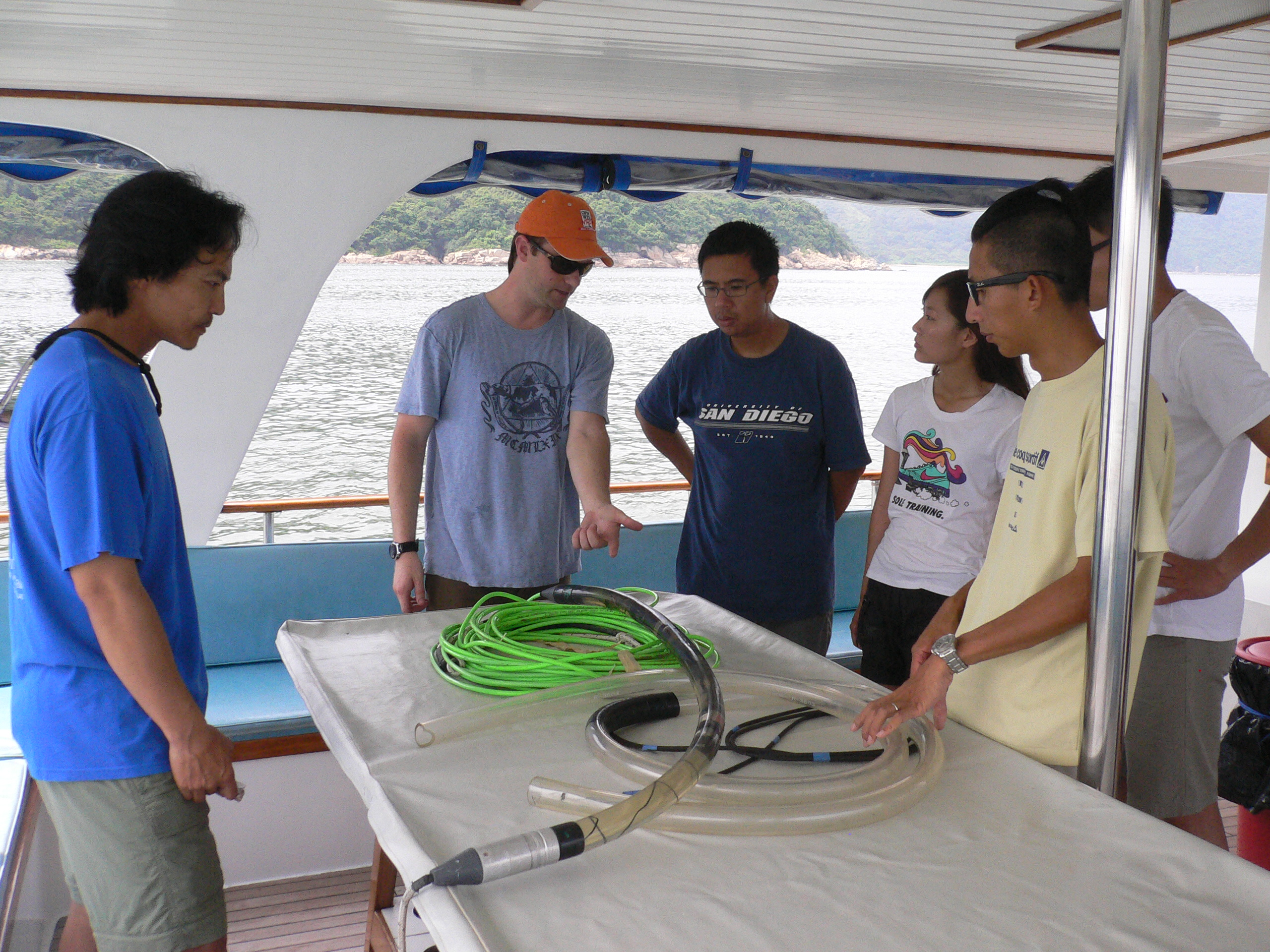 Mr. Josh Jones, a researcher with the Whale Acoustic Lab at the Scripps Institution of Oceanography, developed the towed hydrophone array. Josh was introduced by the Ocean Recovery Alliance, and invited by Hong Kong Cetacean Research Project and HKDCS to install the system on the research vessel during regular line-transect surveys in June 27-29, 2011.  During his brief visit, Mr. Jones also assisted HKCRP researchers in developing the data collection protocol for towing the hydrophone array while conducting line-transect surveys.  The hydrophone array worked very well during the trials, and HKCRP researchers were able to record dolphin sounds while moving slowly around dolphin groups during observation periods. This would not be possible with the current hydrophone set that can only be deployed from a stationary boat with the engine being turned off.  From the towed array, clicks and whistles from nearby dolphin groups were recorded during several occasions for extended periods, which has provided additional valuable data on dolphin vocalizations.  The dolphin sound information collected from the towed hydrophone array will be integrated with the ongoing acoustic data collection programme from stationary deployments, to increase the overall sample size for more detailed analysis on dolphin vocalizations in Hong Kong.

(Photos are courtesy of Grant Abel and Doug Woodring) 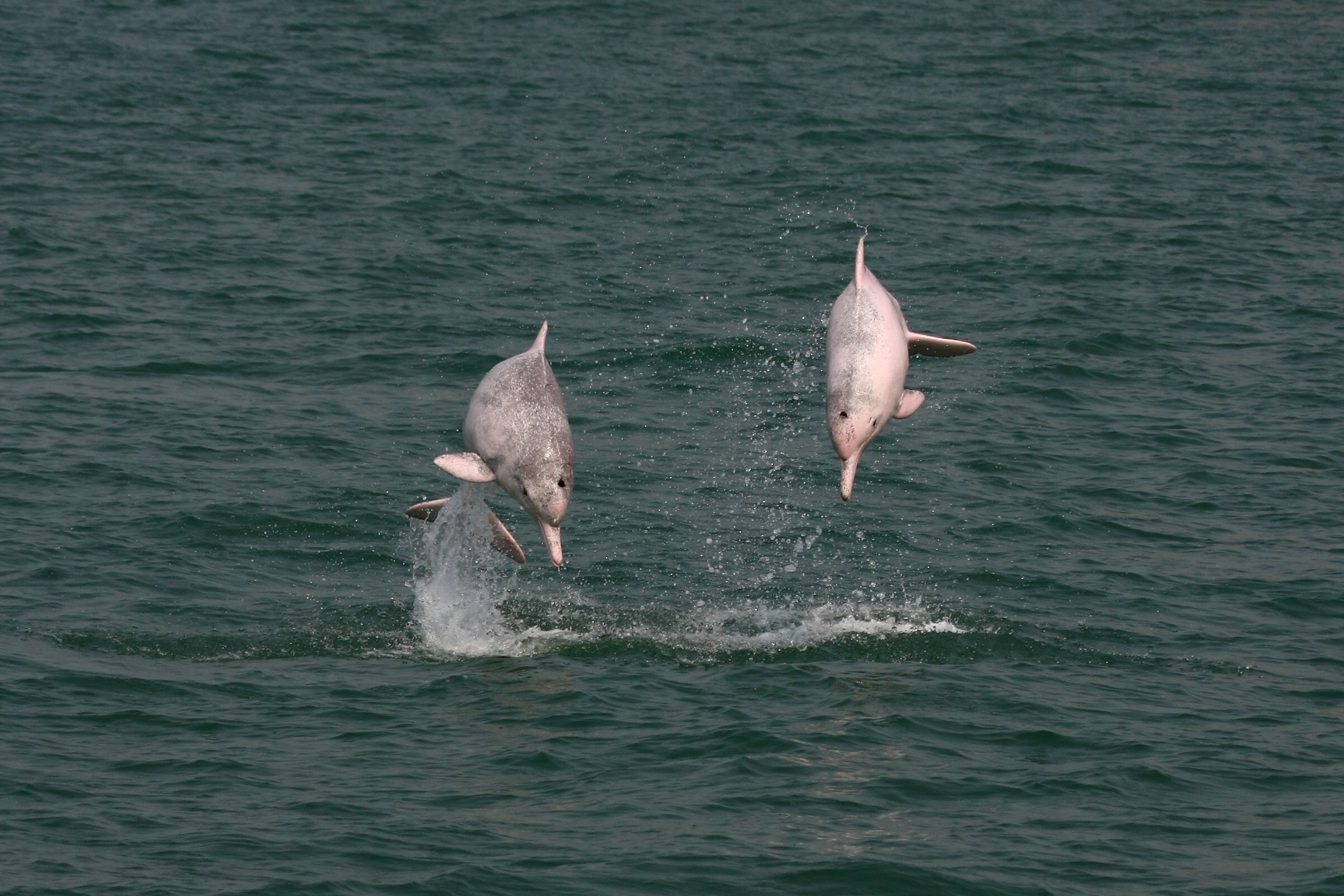