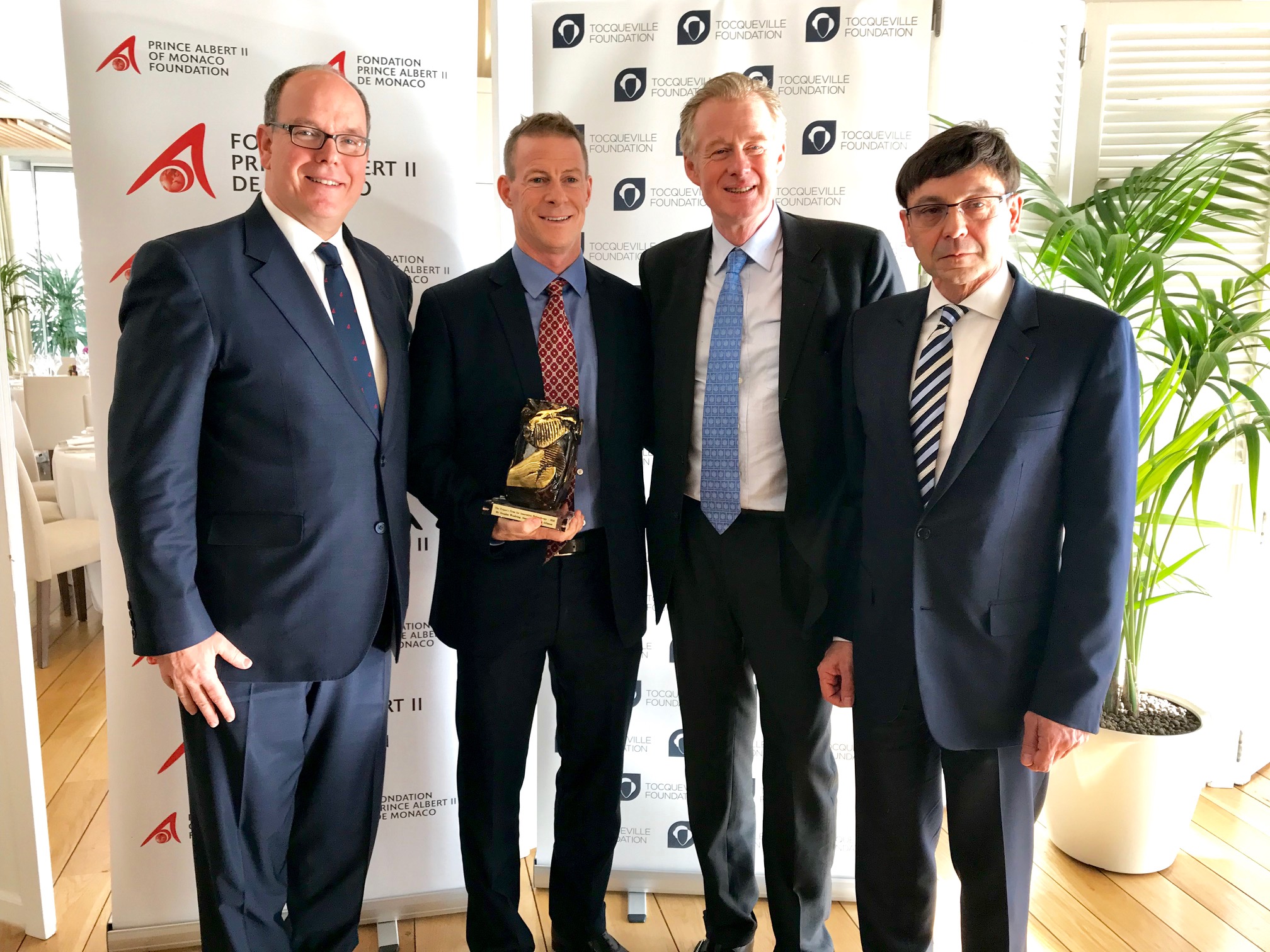 January 25, 2018 - Mr. Douglas Woodring, Founder and Managing Director of Ocean Recovery Alliance, has been awarded 2018 Prince’s Prize for Innovative Philanthropy by H.S.H. Prince Albert II of Monaco.  The winner of the 2019 award was given to Mr. Paul Polman for his instrumental work as CEO of Unilever and the significant engagement he created in their quest for sustainability.

The Award is a global initiative jointly developed by The Prince Albert II of Monaco Foundation and The Tocqueville Foundation. Its goal is to highlight projects and initiatives that have triggered innovative activity in the field of philanthropy, seeking out individuals and organizations that inspire others and demonstrate strong impact or potential impact.  Last year's prize was awarded to Peggy Rockefeller for her work in helping to solve complex problems of poverty and inequality. 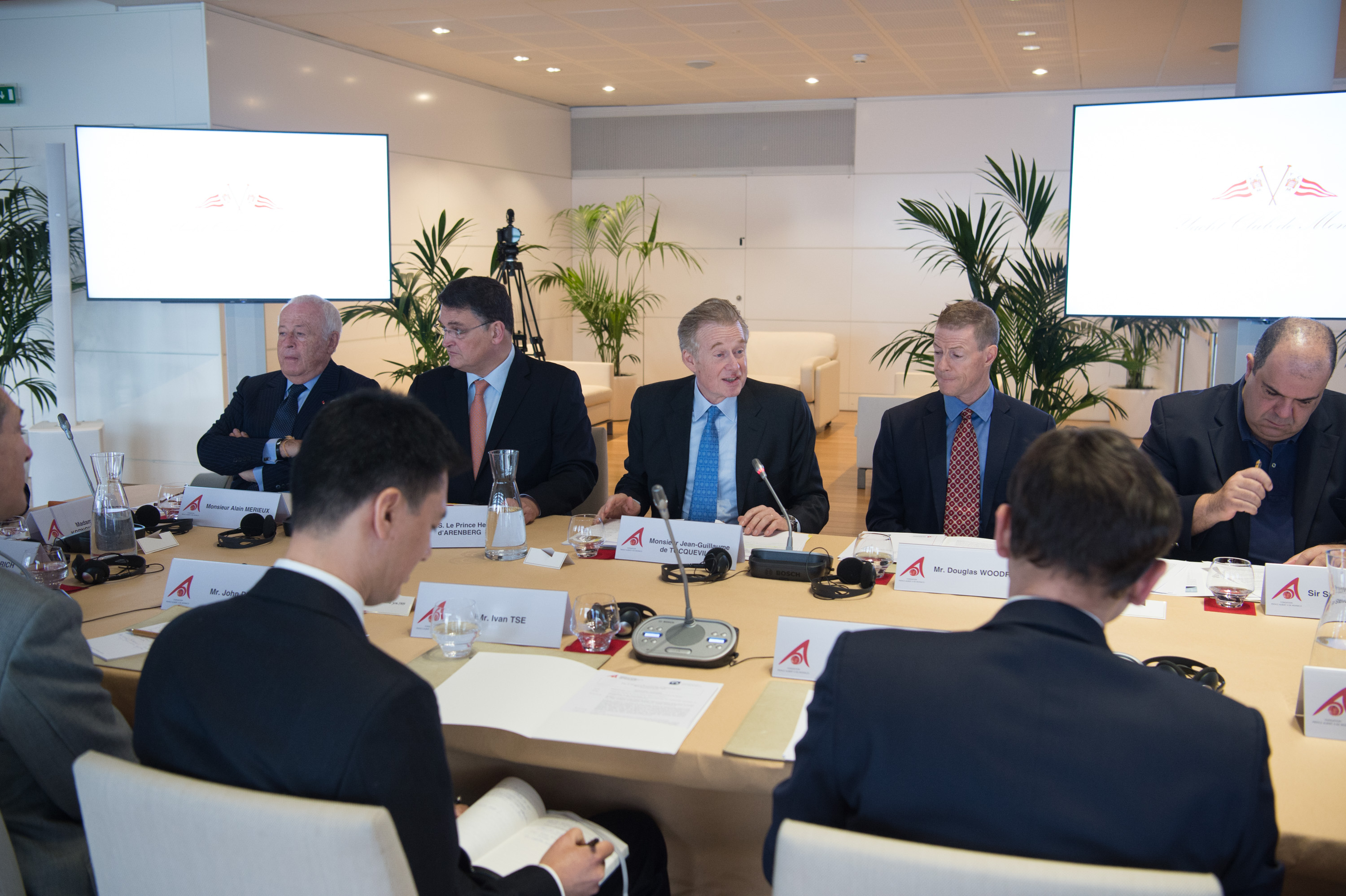 Plastic waste can be collectively solved

Plastic pollution is gaining global awareness across all environments and communities, along with a recognition of its scale and complexity.  This has been exacerbated by China’s recent ban on the importation of unprocessed plastic waste for recycling. The UN Sustainable Development Goals (SDGs) highlight the need for stronger stewardship and engagement by companies and governments to take increased responsibility for the products and services they provide, in order to enhance the quality of life in the communities they serve.  Plastic pollution has no boundaries once it reaches the ocean, but most of the challenge for prevention, and opportunities for recovery of this resource, reside on land. Plastic pollution and trash impact billions of people daily through dirty water, health issues, poor tourism, fishing, agriculture and property prices.  Unlike CO2, plastic waste is a problem that can be seen and touched, and can be collectively solved with changed mindsets in bringing pride, stewardship and responsibility to global economies as they grow.

“Plastic has been found to be impacting marine life at all size spectrums of the scale, found in all regions of the planet’s sea, and is known to be impacting our food chain.  Ocean wildlife is under enough pressure from human interference, and although some of those issues may be tougher to improve upon, plastic pollution is something that we should all be able to solve relatively easily – since any piece of trash has ‘left someone’s hand’ before it became trash,” Mr Woodring said.

Douglas Woodring, a sought after speaker at events on plastic pollution, ocean and environmental related topics, is based in Hong Kong, having worked in Asia for over 25 years in a number of industries which have been at the forefront of technology within their sectors, mainly related to finance, the environment, and new media platforms.

Doug also co-founded Project Kaisei, which led a science expedition to the North Pacific Gyre with Scripps Oceanography in 2009, and was recognized as a UN Climate Hero and a Google Earth Hero for his efforts.

In Hong Kong, he launched the Kids Ocean Day Hong Kong, as well as the Grate Art project, which puts Art for Awareness on city streets to remind people not to dump into storm drains which lead to the sea.  Doug spent four years in the asset management industry and set up the framework for a Global Environmental Technology fund in 1998 with Merrill Lynch.

Born in Northern California, he has a double Masters degree from The Wharton School (MBA) and Johns Hopkins University, School of Advanced International Studies (SAIS), and an undergraduate degree in Economics and Political Science from the University of California at Berkeley.  He is on the Board of Directors of Ocean Recovery Alliance Inc.

The Prince's Prize for Innovative Philanthropy is an initiative developed by the Prince Albert II of Monaco Foundation and The Tocqueville Foundation. The Prince's Roundtable on Philanthropy, a closed-door forum of leading international philanthropists, takes place in Monaco every year following the annual World Economic Forum in Davos, and many of the Roundtable's members serve on the nominating and evaluating committee for the Prince's Prize.

The Prince Albert II of Monaco Foundation, created by HSH Prince Albert II of Monaco in 2006, addresses the alarming threats hanging over our planet’s environment. The Prince Albert II of Monaco Foundation works for the protection of the environment and the promotion of sustainable development. The Foundation supports initiatives conducted by public and private organizations within the fields of research,  technological innovation and activities to raise awareness of the social issues at stake. It funds projects in three main geographical regions: the Mediterranean Basin, the Polar Regions and the Least Developed Countries. The Foundation’s efforts focus on three main sectors: Climate change and renewable energies, biodiversity, and integrated and sustainable water management together with the fight against desertification.